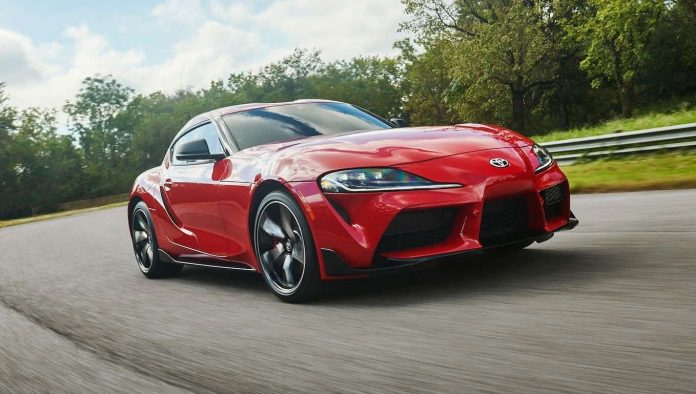 The 2020 Toyota Supra was finally revealed (officially) this week, returning the iconic nameplate to the lineup after an absence of more than 20 years. With such a big gap between this model and the last one, it goes without saying that expectations were high for the successor to the Mk IV, a car that has reached mythical status thanks to its prevalence in pop culture. The Mk V Toyota Supra was never going to please everyone, but will its design please most? Take a look below and decide for yourself.

The 2020 Toyota Supra was inspired by the FT-1 concept of 2014, so we’ve thrown images of that show car in the gallery for reference. And just for kicks, we’ve also included a few shots of the Mk IV Supra. Let’s start with the Supra’s front end. The FT-1 influence is clear, with the production car getting a similarly pointy front bumper inspired by the nosecone on an F1 car and wide-open intake vents in the lower valance. The light signature of the headlamps and LED daytime running lights is pretty close to that of the concept, and you could even argue that the cluster of three projectors is a nod to the MK IV.

From the side, the 2020 Supra looks sleek, but not as sleek as the FT-1. Considering the production car’s significantly shorter wheelbase, we applaud Toyota designers for capturing the general curviness of the FT-1’s profile. Even the double-bubble roof made it to production.

Much of the concept lives on in the Supra’s rear end. The Taillight shape is retained and the trunk lid gets a molded ducktail spoiler—though no active rear wing like the FT-1’s. The rear three quarter view might be the Supra’s best angle, as it highlights its shapely rear fenders.

The interior might be the most controversial aspect of the new Supra, as it’s very clearly BMW-derived. The switchgear, infotainment graphics, and shifter all scream BMW—because they are. Pretty much none of the FT-1’s futuristic, racing-inspired cabin design made it to production, though the center console does have a divider on the driver’s side that could be a vestigial element from the concept’s F1-like cockpit.

What do you think of the 2020 Toyota Supra’s design? Tell us in the comments on Facebook!

Botox Can Help Your Migraines

Make 2019 A Great Year For Motorcycling

January 23, 2019
We use cookies to ensure that we give you the best experience on our website. If you continue to use this site we will assume that you are happy with it.OkPrivacy policy