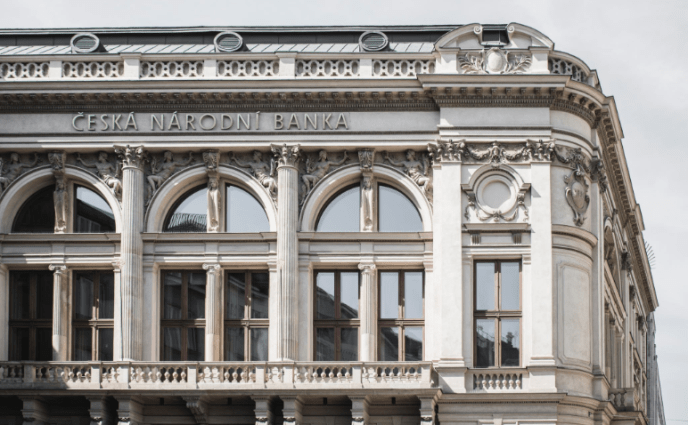 The financial system has by law a monopoly of services. Only banks can accept deposits, only insurance companies can provide insurance services and mutual funds management can be done better by a large bank rather than by an individual investor.

How money is created

In the past, one of the reasons the ancient Greek states were strong was the ability to create their own currency. In the times of Pericles, the silver Drachma was the reserve currency of that era. The same applied for the golden currency of Philippe from Macedonia. Each of these currencies could have been exchanged with a certain amount of gold.

Nowadays, Fed creates USD and ECB Euro which both is fiat money I.e money with no intrinsic value that has been established as real money by government regulation and we, therefore, have to accept it as real money. Central banks circulate coins and paper money in most countries that they are just 5%-15% of the money supply, the rest is virtual money, an accounting data entry.

Depending on the amount of money central banks create, we live in a crisis or we have economic development. It should be noted that central banks are not state banks but private companies. The countries have given the right of issuing money to private bankers. In turn, these private central banks lend the states with interest and therefore, have economic and of course, political power. The paper money circulated in a country is actually public debt i.e. countries owe money to the private central bankers and the payment of this debt is ensured by issuing bonds. The warranty given by the government to private central bankers for debt repayment is the taxes imposed on people. The bigger public debt is the bigger the taxes, the more common people suffer.

The state or borrower issues bonds, in other words, it accepts that it has an equal amount of debt to the central bank which based on this acceptance creates money from zero and lends it with interest. This money is lent through an accounting entry however, interest rate does not exist as money in any form, it is just on the loan contract obligations. This is the reason why global debt is bigger than real or accounting debt. Therefore, people become slaves since they have to work to get real money to pay off debts either public or individual debts. Very few ones manage to pay off the loan but the rest get bankrupted and lose everything.

When a country has its own currency as it is the case of the USA and other countries, it can “oblige” central bank to accept its state bonds and lend the state with interest. Therefore, a country bankruptcy is avoided since the central bank acts as a lender of last resort. ECB is another case since it does not lend Eurozone member-states. The non-existence of a Europe safe bond leaves the Eurozone countries at the mercy of the “markets” which by being afraid of not getting their money back they impose high interest rates. However, quite recently the European safe bonds have gained ground despite the differences in Europe policymakers whereas the Germans are the main cause for not having this bond since they do not want national obligations to be single European ones. There is also another reason (probably the most serious one) which is that by having this bond, Euro as a currency would be devaluated and Germany’s borrowing interest rates would rise.

In the USA things are different since the state borrows its own currency (USD) from Fed so local currency is devaluated and therefore state debt is devaluated. When a currency is devaluated the products of a country become cheaper without reducing wages but imported products become more expensive. A country which has a strong primary (agriculture) and secondary (industry) sector can become more competitive by having its own currency provided that it has its own energy sources i.e. it should be energy sufficient. Banks with between $16 million and $122.3 million in deposits have a reserve requirement of 3%, and banks with over $122.3 million in deposits have a reserve requirement of 10%. Therefore, if all depositors decide to take their money from the banks at the same time, banks cannot give it to them and bankrun is created. At this point, it should be mentioned that for each USD, Euro etc deposited in a bank, the banking system creates and lends ten. Banks create money each time they give loans and the money they create is money that appears on the computer screen, not real money deposited in the bank’s treasury that lends it. However, the bank lends virtual money but gets real money plus interest from the borrower.

As Professor Mark Joob stated no-one can escape from paying interest rates. When someone borrows money from the bank, s/he has to pay interest rates for the loan but all who pay taxes and buy goods and services pay the interest rate of the initial borrower since taxes have to be collected to pay the interest rates of the public debt. All companies and individuals that sell goods and services have to include the cost of loans in their prices and this way the whole society subsidizes banks although part of this subsidy is given as interest rate to depositors. Professor Mark Joob goes on and writes that the interest rate paid to the banks is a subsidy to them since the fiat/accounting money they create is considered as legal money. This is why bankers have these large salaries and this is why the banking sector is so huge, it is because the society subsidizes banks. Concerning interest rates, poor people usually have more loans than savings whereas rich people have more saving than loans. When interest rates are paid, money is transferred from poor to the rich therefore, interest rates are favourable for wealth accumulation. Commercial banks gain from investments and from the difference between interest rates for deposits and interest rates for loans. When interest rate is added regularly to the initial investment, it brings more interest since there is compound interest which increases exponentially initial capital. Real money by itself is not increased since this interest rate is not derived from production. Only human labour can create interest rate of increasing value but there is a downward pressure for salaries cost and at the same time increase of productivity. This happens because human labour needs to satisfy the demands of exponentially increased compound interest.

The borrower has to work to get the real money, in other words, banks lend virtual money and get real money in return. Since the lent money is more than the real one, the banks should create new money in the form of loans and credits. When they increase the quantity of money there is growth (however, even in this case with the specific banking and monetary system debt is also increased) but when they want to create a crisis, they stop giving loans and due to the lack of money a lot of people bankrupt and depression starts.

In the case of Italian debt as in the case of Greek debt, we have heard from politicians (actually paid employees by the bankers) that they want to protect people’s savings. However, are these savings protected in this monetary and banking system? The answer is a simple NO. As mentioned, the banks have low reserves in cash. This is the reason that they need their customers’ trust. In case of a bankrun there would face liquidity problems and they would bankrupt. There are deposit guarantee schemes that reimburse, under EU rules, that protect depositors’ savings by guaranteeing deposits of up to €100,000 but in case of chain reactions, commercial banks need to be saved by the governments and central banks act as lenders’ of last resort.

The economic system as it is shaped by the power of banks is not viable and it does not serve human values such as freedom, justice and democracy. It is irrational and should be immediately changed if we want humanity to survive.

Time for politicians to make ‘stark choices’ over climate change

Should all couples sleep apart?

Doms away! Is delayed onset muscle soreness inevitable after a workout?

Creating The Perfect Guest Room In Your Home

Isas can spell big returns – if you pick the right...

It’s Time For Millennials To Get Their Finances In Shape

March 1, 2019
We use cookies to ensure that we give you the best experience on our website. If you continue to use this site we will assume that you are happy with it.OkPrivacy policy