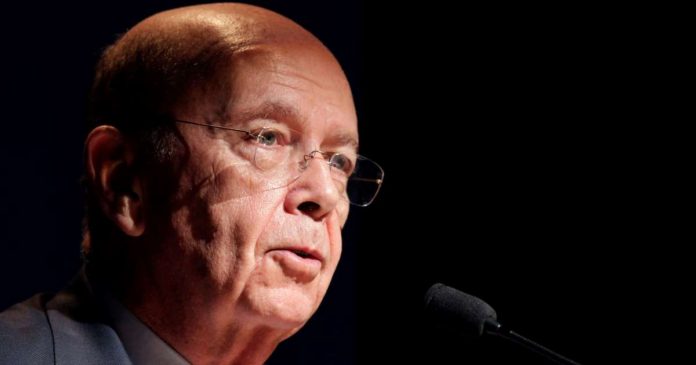 Workers affected by the government shutdown should seek loans to pay their bills and financial institutions should make credit available, U.S. Commerce Secretary Wilbur Ross said Thursday as employees were poised to miss their second paycheck.

In an interview on CNBC, Ross said it was “disappointing” that some federal workers were not showing up to work and that “there really is not a good excuse” for affected workers to not have money.

“The banks and the credit unions should be making credit available to them,” said Ross, a billionaire investor. He noted the government had committed to give federal employees back pay, adding “there really is not a good excuse why there really should be a liquidity crisis.”

“True, the people might have to pay a little bit of interest. But the idea that it’s paycheck or zero is not a really valid idea,” Ross said. “They are eventually going to be paid.”

Trump last week signed into law a measure to ensure that the roughly 800,000 affected federal workers receive back pay, but the law does not extend to private workers for federal contractors, or others whose livelihoods depend heavily on federal workers’ business.

Ellen Page says she was warned about her sexuality, told ‘people...

Divorce, Islam and me: ‘I will for ever be the woman...

The Tories have form when it comes to economic catastrophe

The IMF is certainly no ally of women

May 27, 2020
We use cookies to ensure that we give you the best experience on our website. If you continue to use this site we will assume that you are happy with it.OkPrivacy policy