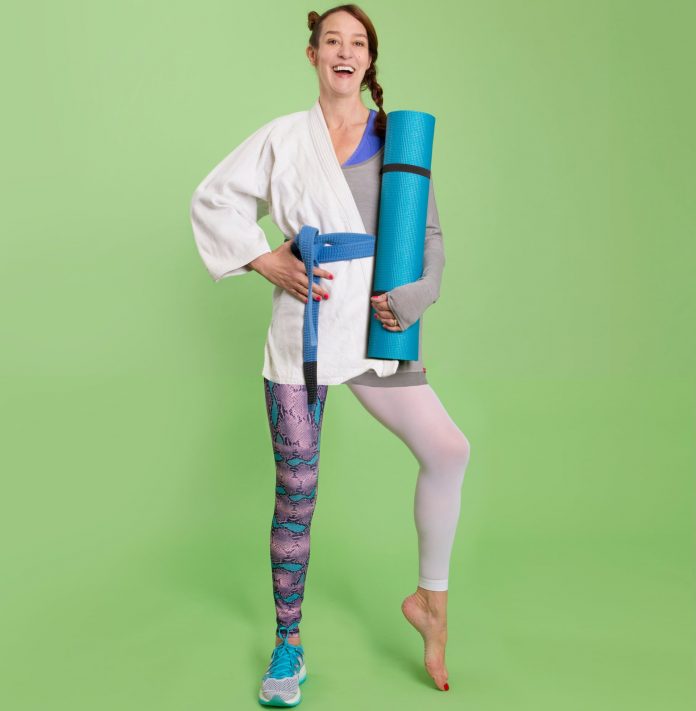 I’m trying ClassPass – a single membership to billions of gyms

ClassPass is global, but has a few hundred studios in the UK, in Bristol, Bath, Manchester and the London area. The principle is that you pay a monthly fee for credits that allow you to go to any of a billion gyms, at any point of the 24/7s, and do any class. It’s not quite as liberty-hall as it sounds: they have lots of different deals, but it’s £65 a month for 50 credits, and classes cost from four to 11 credits. If you did a class every day, you’d run out quite soon.

If you live quite centrally but in an exercise deadzone – nothing but a martial arts cult under a railway arch, as I do – a ClassPass is quite motivating. I discovered places I would never walk past. I started on a Thursday at dawn with a class called Madonna versus Britney. Novice klaxon: if you’ve never been before, read the small print, or even just the print. I thought it was a dance class. More precisely, I thought it was Madonna-generation women competitive dancing against Britney-generation women, like the Buffalo Gals video except in a gym that looks like Fight Club, like all the fancy gyms. Instead, it was a bloody indoor cycling class. Worse, a sort of futuristic version. The doors are “sealed” (I guess this means locked? Whatever, I didn’t try to escape) 60 seconds before it starts. It’s Madonna and Britney songs all right, with a motivational instructor singing along, between homilies about how we’d all rather be in bed, so make this count.

On the upside, there’s variety. Next I booked a weights class, like Pump, and this one I missed because I did sleep through it. I figured this was OK, because part of the experience of ClassPass must be overbooking yourself in a flight of enthusiasm, then letting yourself down. Third was hot yoga; a more attentive person would have noticed that this was at Fierce Grace, where I have membership. So I busted my husband in and nobody wondered why we were both called Zoe, and then we argued for the rest of the day about whether there were loads of obedient boyfriends in the class or whether, conversely, men also do yoga, nitwit.

On a whim, I booked into a barre class, and remembered how much I love these, somewhere between exercise and an elaborate pantomime down memory lane to the ballet classes of childhood, with loads of people playing along – the kind of thing someone might organise for a dictator’s birthday. You definitely try harder and ache more when you’re doing something unfamiliar every other day.

Plateauing is a killer in exercise: you think you’re finding it easier because you’re getting fitter, but you’ve also found your level and the best place in the room, where nobody can see you and you can’t see any mirrors. Having to concentrate and try, because being new is already humiliating enough, can focus the mind.

But the main advantage this has over joining a local gym is for people who never know where in the world they’re going to be when they next fancy breaking a sweat. And that is not me. I will most likely be at home.

Piloxing, a mixture of Pilates and boxing, is going to be this year’s fitness sleeper hit. No, I didn’t try it. It just has a good name

Pupils shouldn’t be denied LGBT lessons – whatever their parents say

Why Work With an Insurance Adjuster

CBD Oil – Is It Really Healthy?

How to buy and set up a tall cold frame

Going with the flow in a London flat

What It Means If You Have Weird Stomach Pains

February 9, 2019
We use cookies to ensure that we give you the best experience on our website. If you continue to use this site we will assume that you are happy with it.OkPrivacy policy