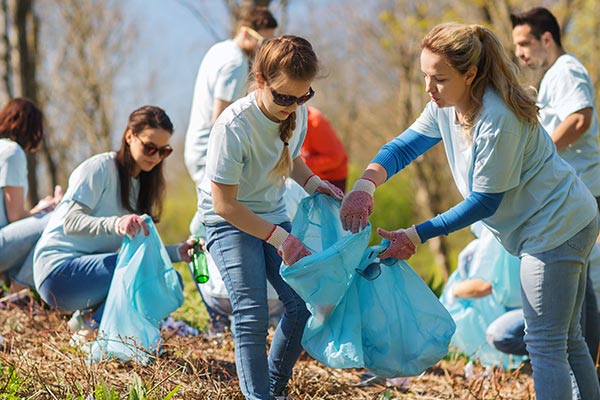 “If we could change ourselves, the tendencies in the world would also change. As a man changes his own nature, so does the attitude of the world change towards him… We need not wait to see what others do.” – Mahatma Gandhi

Not too long ago I posted the following message on Facebook:

There is real human suffering happening in our country and around the world, but we all have to step up to help because here’s the reality, we’re all in this thing called life–together. No one is better than anyone else. And, as the adage goes, “There but for the grace of God go I.”

Is it just me, or are you tired of the relentless stream of neurosis, disrespect, screaming and shouting that is dividing us on almost any and every level? If there’s an idea or statement made, there seems like there’s going to be someone out there who will take on the issue and as quickly as you can snap your fingers, there’s debate, particularly on social media. Often, these “debates” devolve into online name-calling, trolling, and utter disrespect. I have seen several conversations shut down in nonprofit and church social media groups, which is ridiculous when you think about it, because if people can’t have substantive and productive debates and discussions in these areas, where can they discuss critical social issues?

Here’s my message: We’re better than this.

I believe that nonprofit, civic and religious leaders can play a part in elevating the civil discourse.

Social networking has been great because, in practical ways, it has broken down borders. Connecting with people around the world is easy. For many organizations and groups, social media has brought down marketing and advertising costs considerably, raised awareness and leveraged resources.

But, I think that as we’ve become more “connected,” there’s incredible division. Divisiveness has got to stop.

Church, civic and nonprofit leaders can help our communities heal.

Do you remember the Golden Rule?

The Golden Rule was simple, and I think leaders should remember it each morning as they head to work and ask that their teams adhere to its tenets.

The Golden Rule has a religious origin. It came from the words that Jesus said in the “Sermon on the Mount.” The principles became religious teachings incorporated into the Bible.

Matthew 7:12: “So in everything, do to others what you would have them do to you, for this sums up the Law and the Prophets.”

Those words are so simple–treat others as you would like to be treated.

And, here’s the bigger thing for me–many of us are expecting attention and the world to hear us, and we are not giving others the same respect.

This has got to stop.

I think nonprofit, civic and church leaders are in a unique position. Often, because of their position in communities, they are leaders.

If you’re like me, and you’re tired of the relentless division that is happening, then commit today to be the change you want to see. It doesn’t take much.

Each of us, especially leaders in the community, can ensure that in our part of the world we begin to foster an environment of peace, respect, and positive civil discourse and discussion. We each have to do our part to make a better world, and I think that nonprofit, civic and church leaders can play a unique role in the dialogue and public discourse happening.

The Benefits of Buying From an Online Health and Beauty Store

Next Level Marketing Trends In 2019

Let’s Beat the Heat This Summer Through Online Shopping

UK housing market is a ‘goldmine’ for wealthy foreign buyers

Mastering the Art of Nonprofit Board Governance

Is the Tide Changing of Nonprofits Selling-Out to Donors?

Stay Ahead of Your Nonprofit Competitors With Expiring Content